Access Denied
IMPORTANT! If you’re a store owner, please make sure you have Customer accounts enabled in your Store Admin, as you have customer based locks set up with EasyLockdown app. Enable Customer Accounts

Decorate this Christmas with Pernille Bülow

With Christmas just around the corner we couldn´t find a better time than now to introduce you to Danish glass designer Pernille Bülow. Not only should you treat yourself to her handmade Christmas decorations, but also, scroll through her home ware range and you´re guaranteed to find the perfect gift for any home.

Let us introduce you to Pernille…

For more than three decades, Pernille Bülow has presented the Danes and the rest of the world with Scandinavian design and handmade glass. The financial crisis was just about to put an end to it all, but since Pernille Bülow is an equal share of creative designer and hard-working businesswoman, she has managed to innovate and develop her business from Bornholm. In May this year, Pernille Bülow had her 30th anniversary for the opening of her glass shop and workshop in Svaneke, which was where she really set her sights on living her dream of making good crafts. 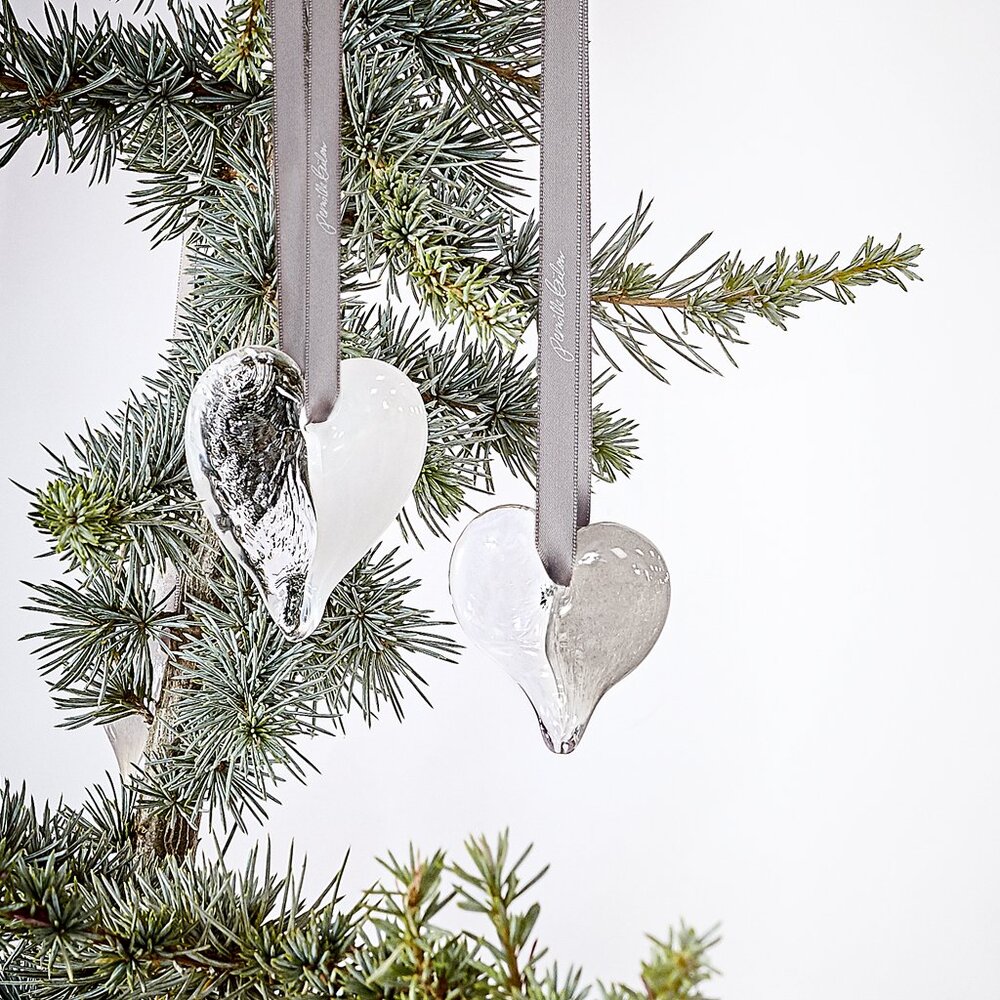 Based in Bornholm, Pernille Bülow has designed and created a number of the best-selling modern Danish glass designs. With a passionate interest in creating a sustainable business, she has over the last 30 years managed to place herself on the Danish design scene, where her products appeal widely and can be produced at a price that most people can join in on. In the '90s, her Duo candlestick for example, sold for up to 50,000 copies a year. And at present, her organic SKY lamps are very popular and are already hanging in many Danish homes as new design classics.

Pernille Bülow was born in 1962 in Stavtrup near Aarhus, but has lived in Bornholm since the 1980s, where she has successfully run an independent business based on her love for glass and for quality design. So what is the recipe for the success she has been able to keep running for so many years and which has created a sustainable design business in 2019. Pernille's own bid for an answer is that she is equal parts creative designer and businesswoman.

“Glass is an amazingly exciting material. The contrast between the wavy, soft, warm glass and the hard and cold never ceases to fascinate and inspire me, "she explains, adding:" But running a business is also really fun. I like to see it succeed. That way it's both of them that drive me. I have both an artist and a contractor in my stomach, and my success is partly due to the fact that I dare to believe in my own product. ” 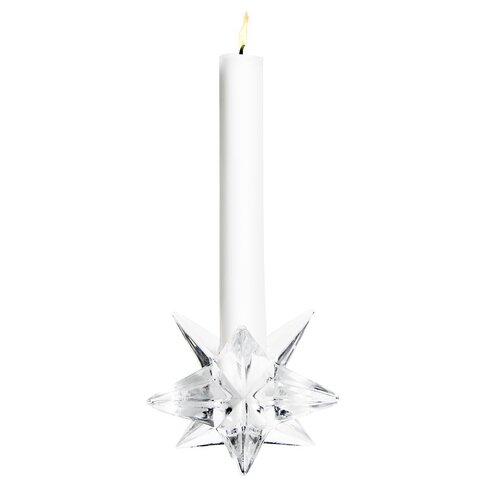 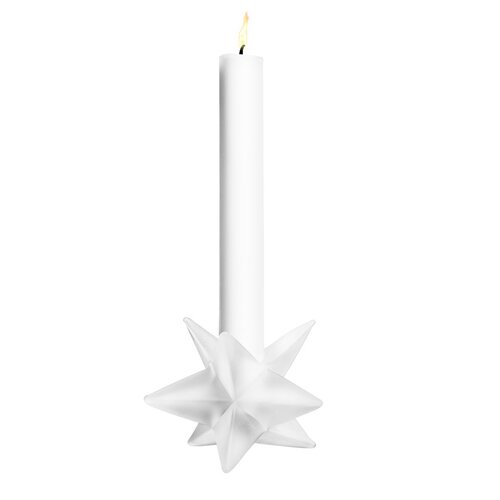 Pernille Bülow was educated at Orrefors Glasskola in 1982, after which she moved to Bornholm and was employed at Baltic Sea Glass and for a short period leased Snogebæk Glashytte. In 1989, her dream came true to produce glass from her own workshop when she opened Pernille Bülow glass in Svaneke. The style has always been, like herself, simple and colourful, Scandinavian and innovative.

When Pernille Bülow trained for glass blowing at Orrefors Glass School in the 80s, the craft of making glass and the clean and straight lines were the focus, which has also been a central part of her classic designs. But over the past few years, Pernille Bülow has found a new design language that breaks with the clean lines and introduces the organic and natural into the products. Both because she has developed as a human and designer, but also because she experiences a marked interest in the products where it is quite clear that it is human hands that made them. 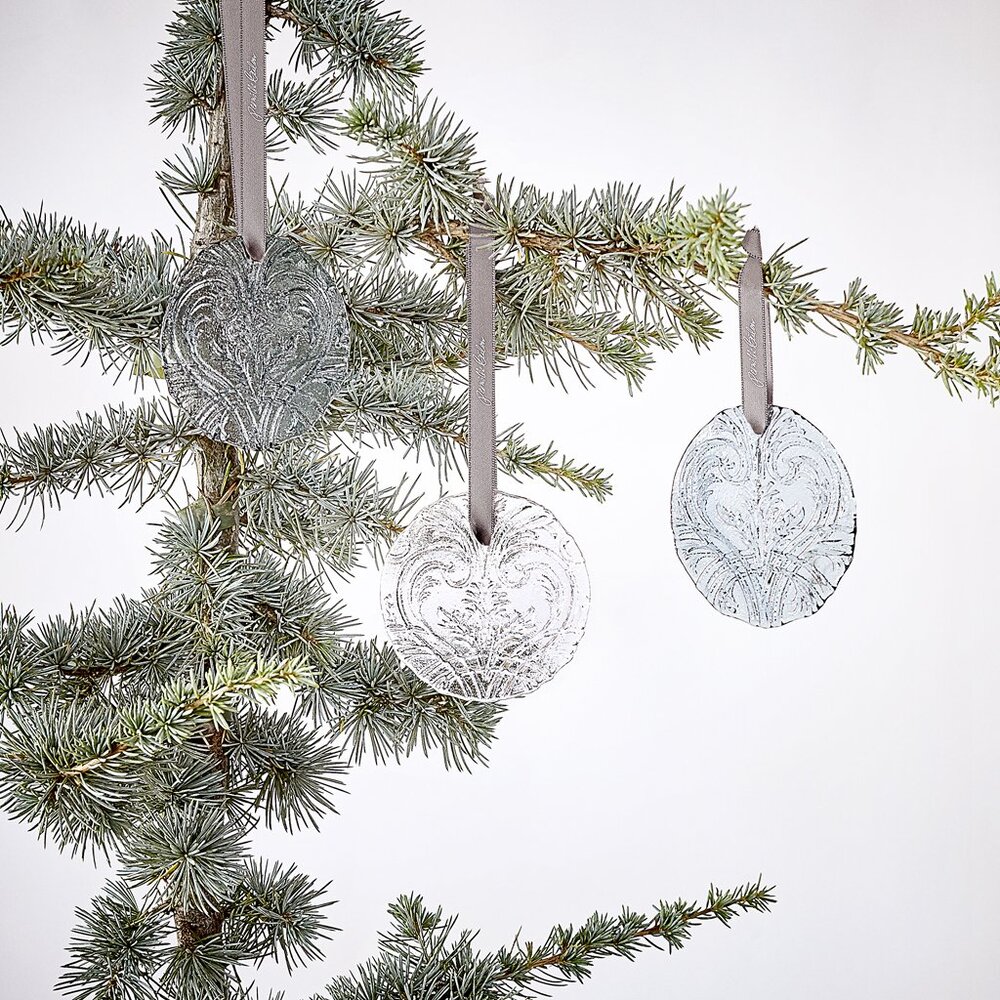 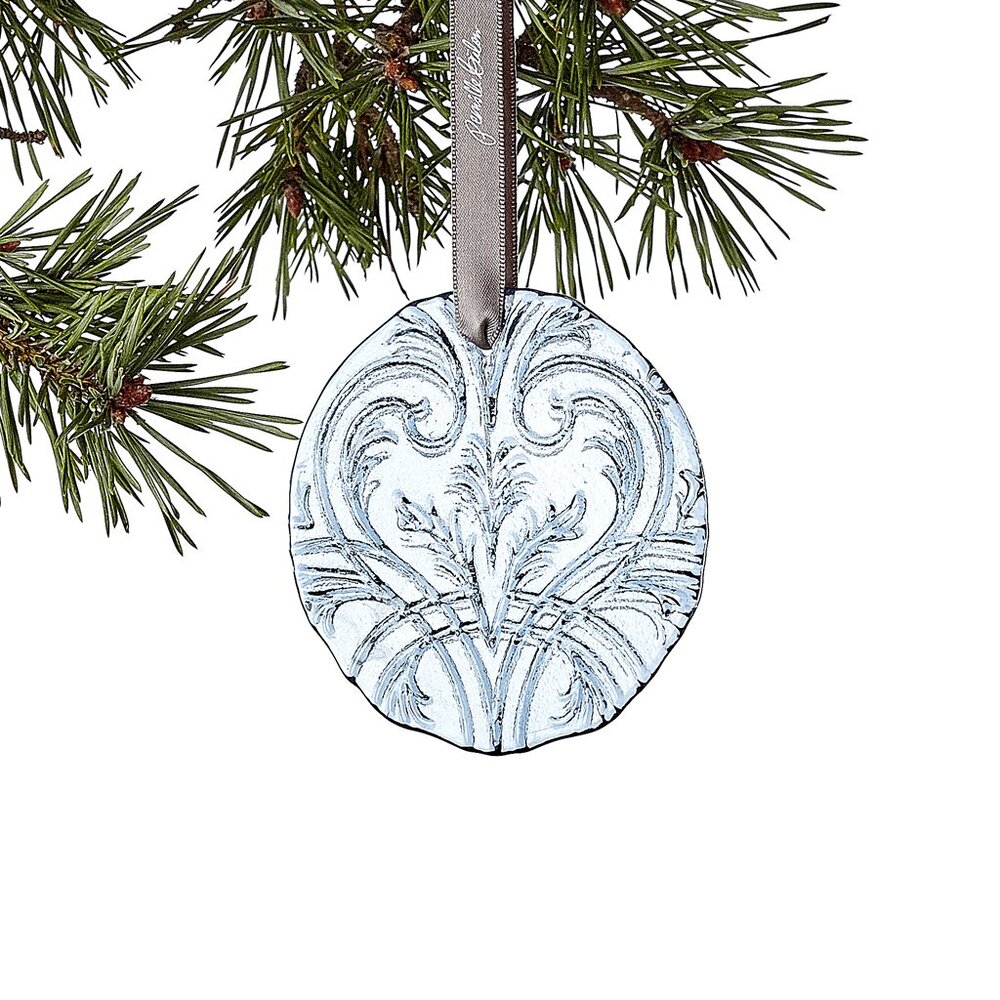 “There is no doubt that some things have happened in my life that have made me think completely differently now. Grandchildren have arrived and when they blow soap bubbles it has inspired me. I had blown a lovely oval shape that had been lying around for a long time without knowing what to use it for. That led to the first table lamp with a skewed organic shape, ”says Pernille Bülow.

“I'm in a new era where I work a lot with organic forms and natural materials. For example, I find driftwood on the Bornholm beaches, after which I breathe glass and make unique candlesticks and bowls. It occupies me a great deal. You do not know 100% how the glass will react when it hits the tree, so you need to think quickly when working with these materials. It results in raw and authentic expressions in the finished works and each one is always unique, ”she says. 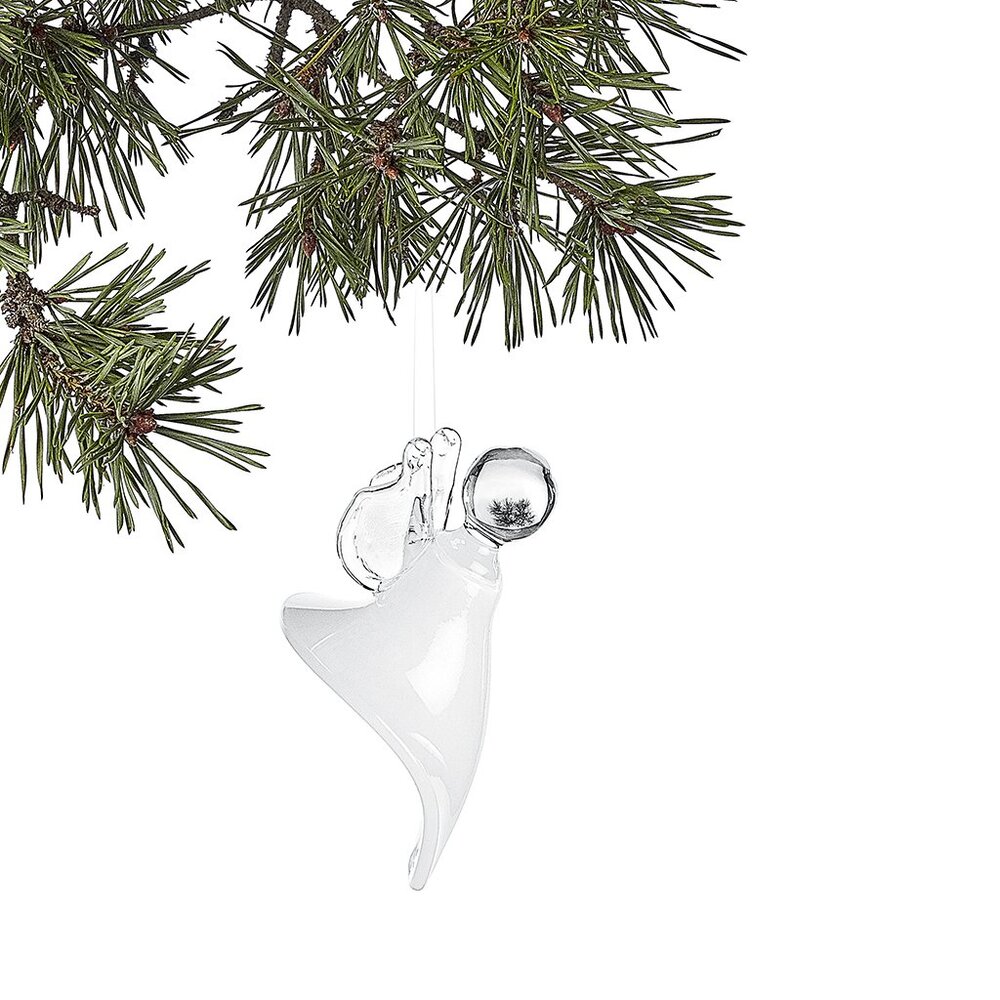 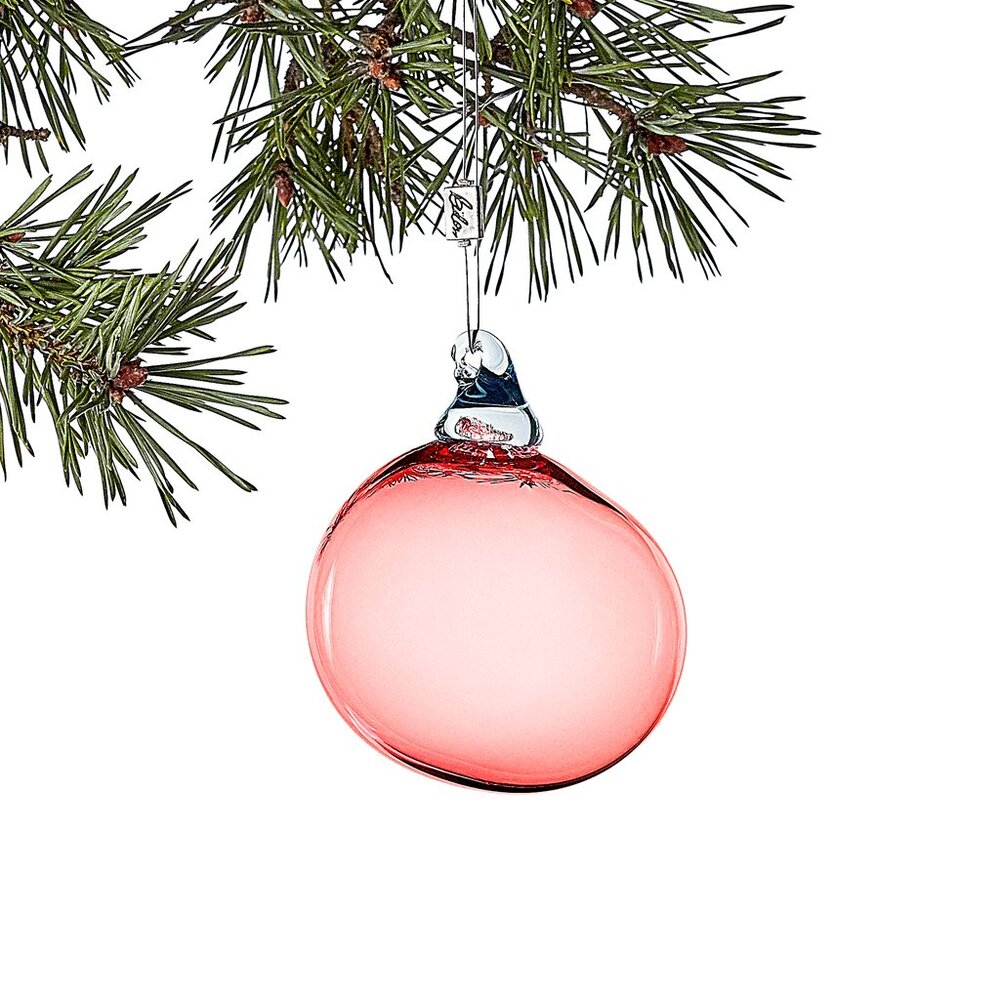 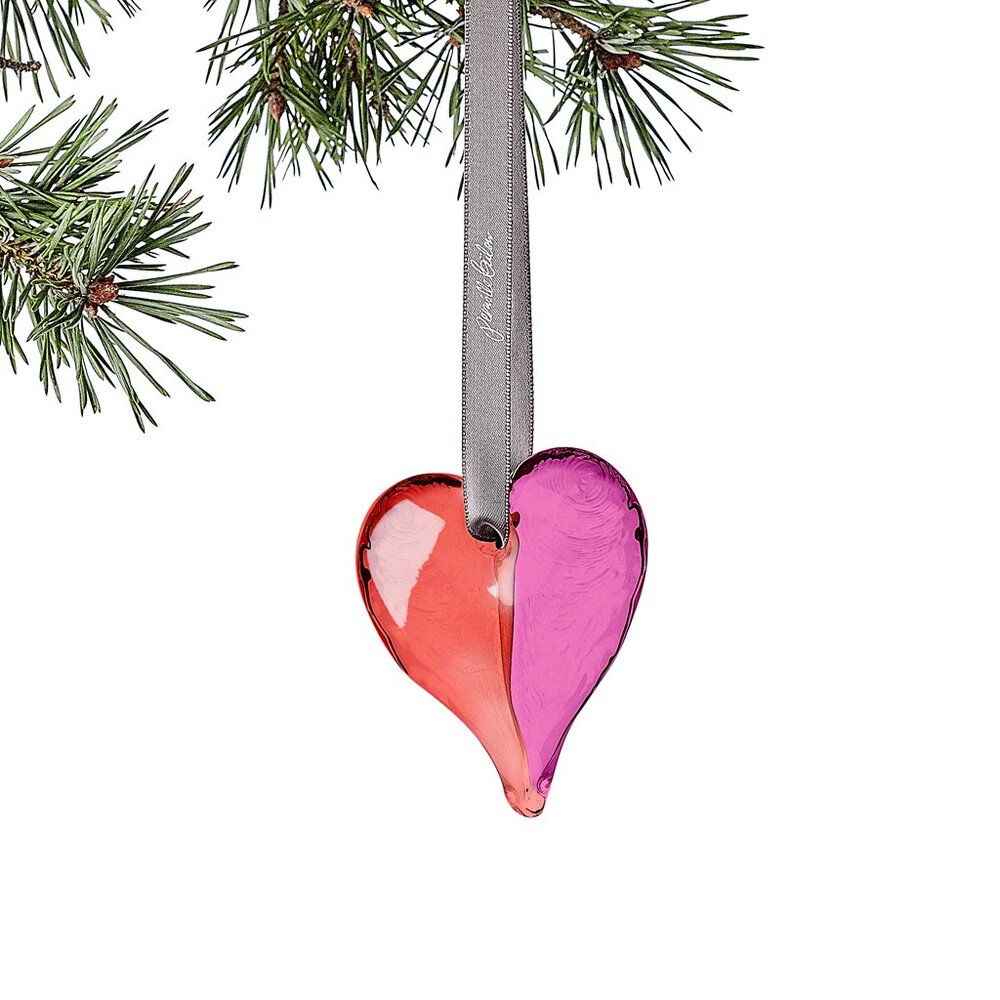 To get your Pernille Bülow - go to www.pernillebulow.dk